The Mystery of the Sphinx

Did you know that no one alive today really knows what the Sphinx is, not even the most clever of history professors or archaeologists?

Sit back and we'll tell you the real story from our vaults at the Department of Yeti Mysteries.

There was once a secret clan of yetis living in a hidden cave by the River Nile ...

One day,  Pharaoh Khafre was travelling through the desert and found himself separated from his servants and very lost. He tried to find his way home, but all the sand dunes looked the same and he ended up walking in circles. Just as he was beginning to think he couldn't walk any longer, he spotted a small furry head sticking out from behind a sand dune close by. He shouted and tried to catch up to the creature, but it always seemed to manage to keep just enough distance in front of him to stop him from making out what it was.

The yeti kept the curious pharaoh following him by popping out from behind the dunes, keeping just far enough away to make sure he didn't catch up.  As it disappeared for the last time, Pharaoh Khafre looked around him and was amazed to find himself back in front of his palace.

Though he asked all the cleverest men and women in his kingdom, no one could tell the pharoah what he had seen. Many of them secretly thought that the sun had made him imagine things, though they'd never dare tell him!

Pharoah Khafre was so grateful to the creature for saving his life he decided to build a statue in its honour. He tried to describe what he had seen, but as he had never managed to catch sight of the whole yeti, the stone carvers had to make-up it’s lower half! The statue was named ‘The Sphinx’ which, back in Ancient Egyptian times meant ‘The Protector’

The truth of this story for humans has been lost through time and many other stories have been written to explain The Sphinx's mysterious appearance. Thanks to The Department of Yeti Mysteries, we know the real story ... and now so do you!

Why don't you colour
your own Yeti Sphinx?

Can you find the hidden words from our story? 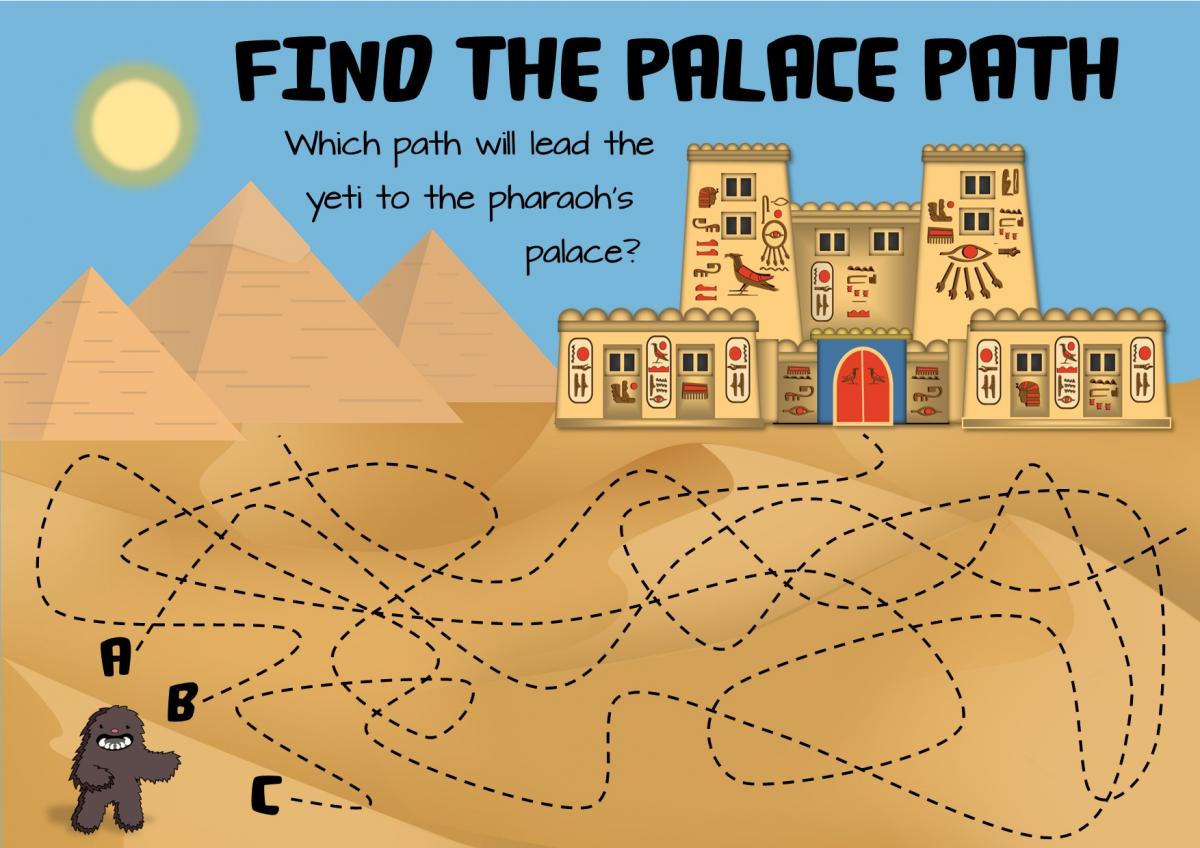